Mangareva: Mutiny on the Bounty Bay

Today we arrived at Mangareva airport, Gambier Islands (French Polynesia), in an Air Tahiti ATR72. Within minutes after arriving 7 passengers out of 8 for the Pacific Expeditions travel to the 4 Pitcairn Islands had found each other. I guess we all looked the adventurous type ;-)
After the watertaxi had brought us to the main island we where picked up by our skipper Kurt. He brought us and our luggage to the Bounty Bay (our 14 meter vessel for this trip). 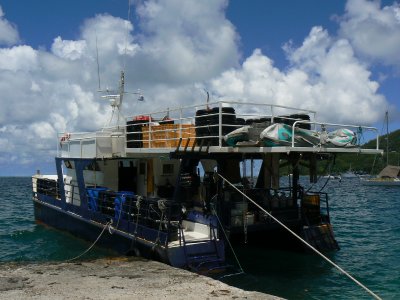 Upon arrival we met the other two crewmembers:
- Andrew, Man of all trades, from Pitcairn,
- Jack, Chief engineer, from Tuvaly
- Kurt, Skipper, from Austria living in Thailand
There was supposed to be an 8 passenger, but he never showed up. We where now with 3 Americans, 1 Polish-American, a Norwegian guy and me and my cousin from the Netherlands. Off the 7 we where with 6 divers, so finding a buddy for diving would be no problem.
After our briefing about safety and regulations on this trip, the 3 Americans and the Norwegian guy disappeared to town and we 3 stayed behind, because we where supposed to go to the Gendarmerie (Police) at 3 to get our passport stamped. 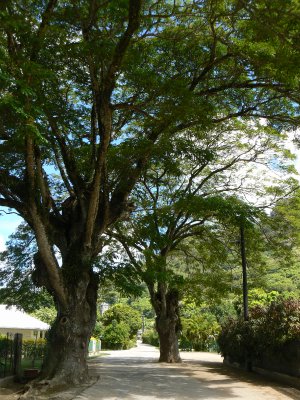 So at half past two we left for the Gendarmerie with our skipper and at thye police station we met the Norwegian guy who told us the 3 Americans had jumped ship and he was about to do the same.: MUTINY
What happened? It turned out that the three guys thought that the Bounty Bay was beneath their standards and they wanted to go dive everyday. Well obviously they had not read the website very good because they had booked the trip to Ducie where there might be the odd possibility to dive. The Norwegian guy tought this was a diving trip too and said goodbye to us as well.
The problem remained though, since the 3 Americans didn’t say to the skipper, saying they where leaving, he remained responsible After a long 2 hour search he found them and asked them about their plans and returned back to the boat. By that time it was to late to leave jarbour because the risks in the Gambier Island atoll was to great. So we had already lost one day, I guess we should sue them for missing a day of travel. 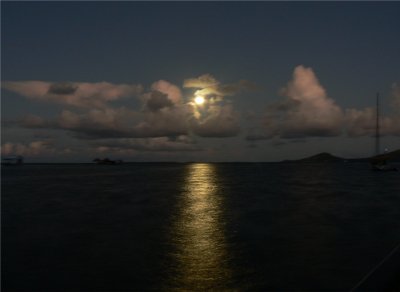 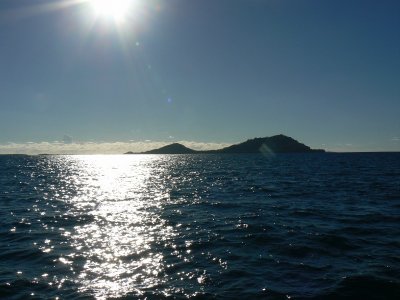 Finally we left port with a 15 hour delay, after a 2 hour navigation trough the Gambier Island atoll we hit the Big Blue, we where now on the Pacific. For the coming two days there’s nothing more to do than to sit eat and talk, what a hard life we lead. It is just the Polish American guy and us two Dutch guys plus the 3 headed crew, it is almost a personal cruise.
For a calm sea it there where some big waves from 2 up to 4 metres.
We past Temoe atoll after 6 hours and some booby birds came to say hello around lunchtime. 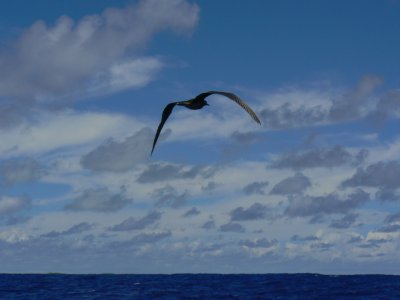 After Temoe there is no more land until we reach the Pitcairn Islands.
From now on it is all Pacific Ocean and trying not to fall down when you are walking on deck, because the boat is really rolling nicely on the waves.
We did however took on a extra holiday task, upon request we said to the skipper we all take 2 hour night watches.