Why the good man actually comes from Turkey.

Today I went to Seurasaari, the open air museum of Helsinki. When you walk the island you get an impression how Finland looked when it was still built in wood.
It was a nice walk through the pine forest with a few very beautiful buildings. 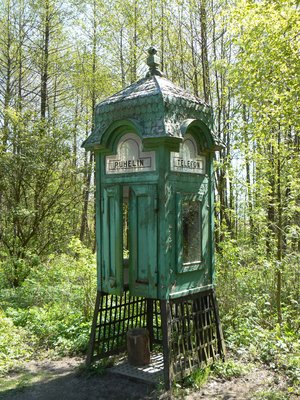 After this I went on a ferry trip to the Helsinki zoo, which is on an island in front of the city. I’m sorry to say, it’s not worth the money. The island is too small for all the animals being held here which results in too tiny habitats for the animals and therefore you see, especially with the big cats, boredom behavior. This shows itself in endless walking up and down, on a small space, and rubbing their head against the walls.
But on the topic, why doesn’t Santa originally come from Lapland or the North Pole.
Well Santa Clause originates much, much more southern, namely Turkey. What? Yes I kid you not, he was the bishop of Mira in Turkey and he helped the poor with food and gifts. This originated in the Dutch custom of welcoming Sint Nicolaas (in English Saint Nicolas, yep you get it; Saint Nick) every year on the 5 of December in the Netherlands. When the Dutch set out to go and colonize North America starting by finding New Amsterdam (these days called New York) they brought their custom with them and when the English saw this they started to do the same. But since they had trouble with the name Sint Nicolaas, they named him Saint Nicolas, which in time became Santa Clause. And with the English old Saint Nick started to get around and well ended up in Lapland or if you like on the North Pole.
Well now you know it all, so don’t let me ever catch you on saying that you don’t know where Santa Clause comes from.